The Narcotics Control Board (NACOB) has impounded a Kia truck full of dried leaves suspected to be cannabis at Buokono, near Asesewa in the Upper Manya Krobo District of the Eastern Region.

NACOB in the latter part of 2017 had a tip-off on a boat from Dzemeni in the Volta Region, which was loaded with cannabis and had offloaded its content onto a truck at a village near Asesewa with its final destination being Ashaiman in the Greater Accra Region.

NACOB in collaboration with the District Police Command at Asesewa intercepted the said truck with registration number ER 105-13 and arrested the driver, one Stephen Narteh Sangmortey, whiles his accomplice fled upon sensing danger when security officers stopped their vehicle for checks.

A search conducted on the truck revealed sacks filled with dried leaves suspected to be cannabis, packed onto the bucket of the truck and covered with a tarpaulin.

In all, 124 sacks all containing dried leaves suspected to be cannabis sativa (wee) were retrieved from the truck.

The estimated gross weight of the seized cannabis is 5 tonnes, with street value of approximately half a million Ghana Cedis (GH 500,000).

The purported owner of the consignment is one Nicholas Lartey (a.k.a Nharyo) who is currently at large. The driver of the truck, Stephen Narteh Sangmortey was put before court and subsequently remanded in prisons custody.

NACOB wishes to assure the public of its continuous commitment aimed at curbing the illicit drug trade.

The public is therefore encouraged to voluntarily provide information leading to the arrest of persons suspected to be indulging in nefarious activities especially in narcotics-related acts.

NACOB as part of its strategies to intensify the advocacy campaign against drug abuse and trafficking is calling on the youth to refrain from engaging in acts that would jeopardize their future. 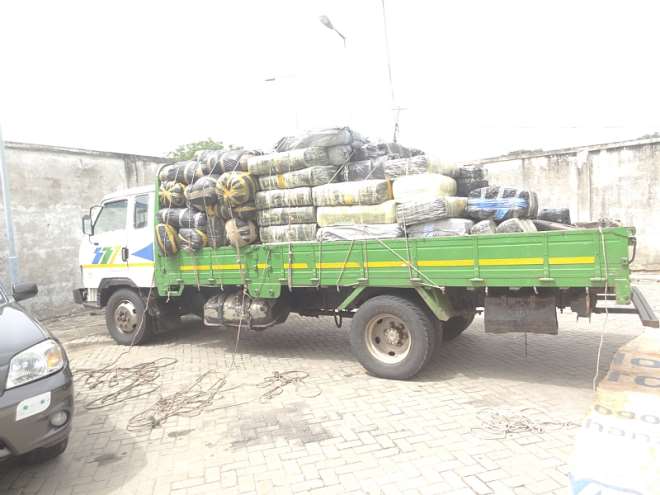 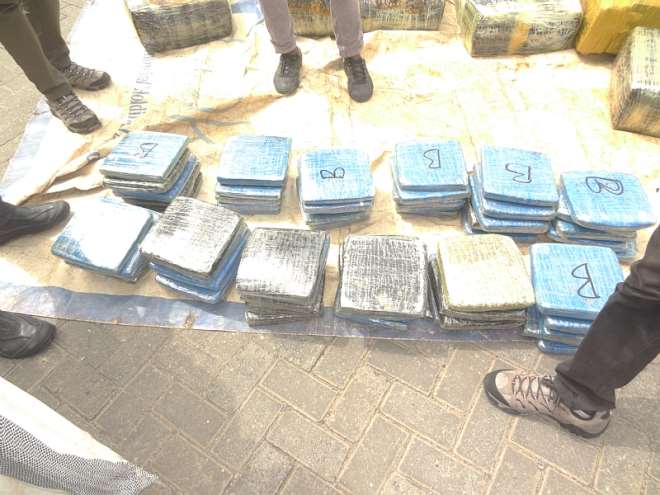 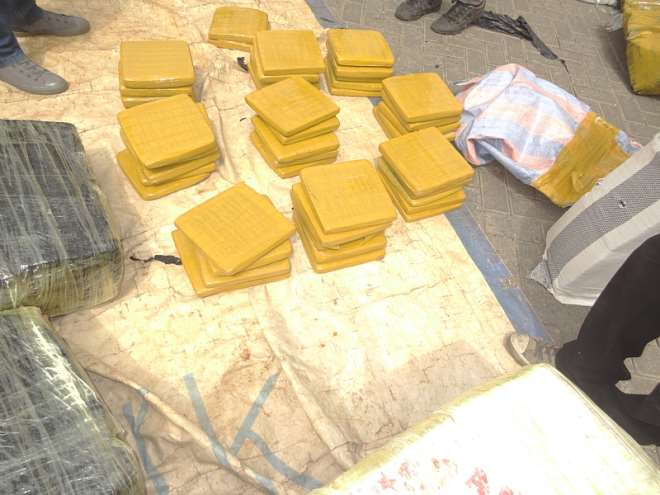 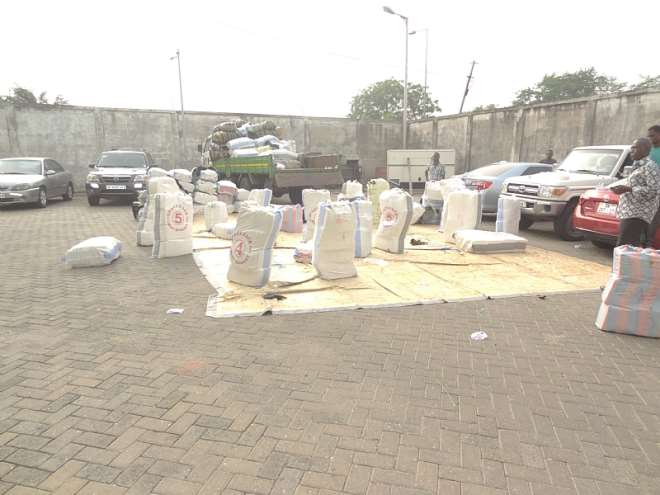