122 years of neglect; the untold story of Obuasi

Though Anglogold encountered operational challenges that led to the temporary suspension of its operations, the company as of 2017 was ranked one of the ten outstanding gold mines in the world.

This impressive performance on the global scene naturally dictates that the Obuasi township and its environs in which the company operates, deserve a modernised city with a befitting infrastructural architecture that can match the likes of Johannesburg and other well-planned mining cities around the world. 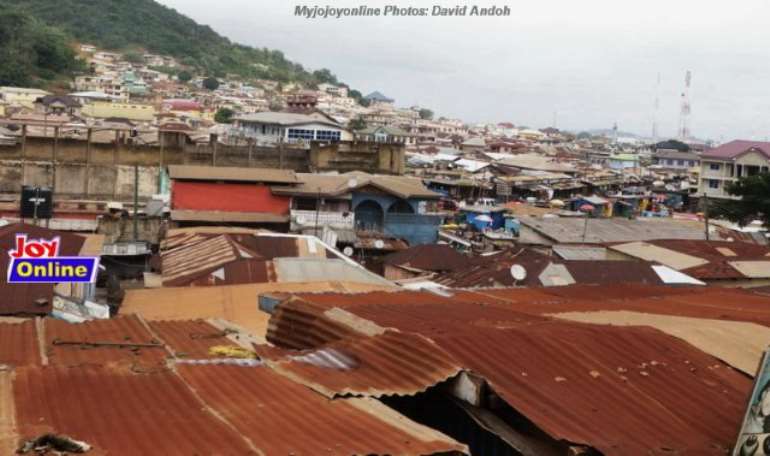 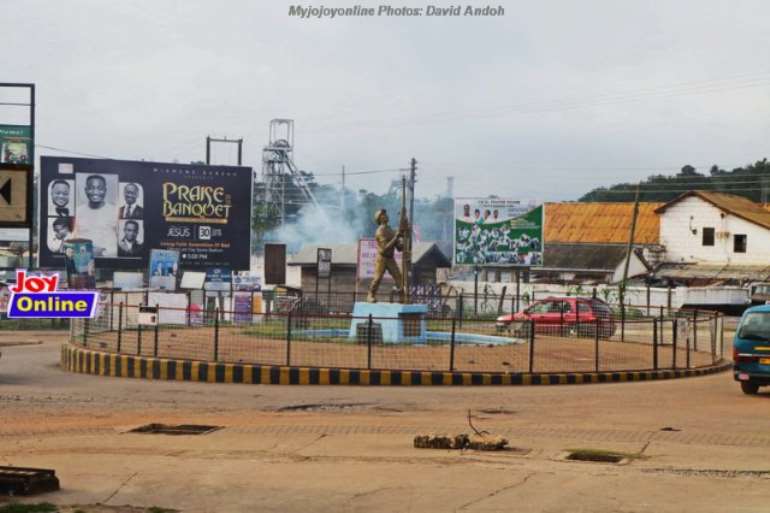 The Obuasi township is aptly described by angry residents as a modern-day slum due to the painful neglect of the town by concerned authorities and partners.

Residents have been contemplating a massive demonstration soon to register their displeasure over how they have been treated. Local journalists say they are fed up with trumpeting Obuasi’s infrastructural challenges because consistent reports have yielded no meaningful results.

Instead, all they have received are death threats allegedly from unknown persons who are unhappy about being called out. 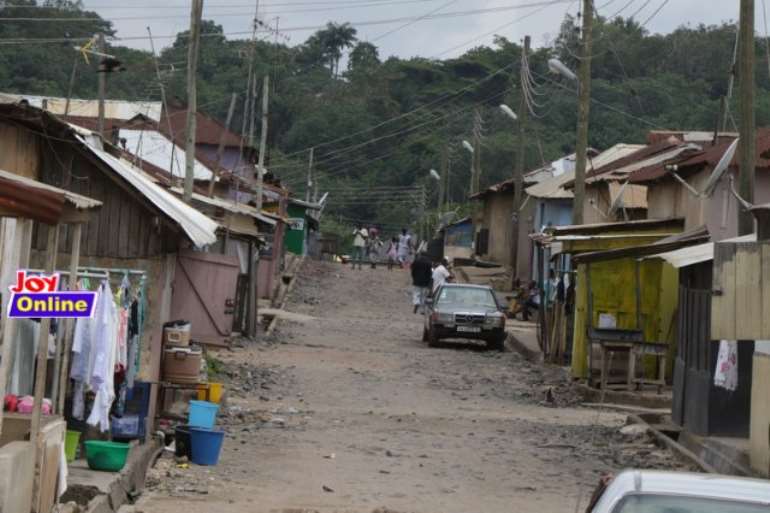 The palpable scars of environmental devastation emanating from the operations aside, residents also feel haunted with some fearing they live with undiagnosed sickness.

The overarching concern though remains that the country’s famed mining town should have been an affluent city to reflect the huge gold deposits the town sits on and has been producing, not the ghost town it has become.

Obuasi’s most glaring eyesore is its ever deteriorating road network – 80 percent of which are of potholes and gullies. Even the main road in front of the Obuasi Municipal Assembly that supervises development projects has gaping potholes while all other roads linking adjoining communities are full of potholes and suffers erosion with every downpour. 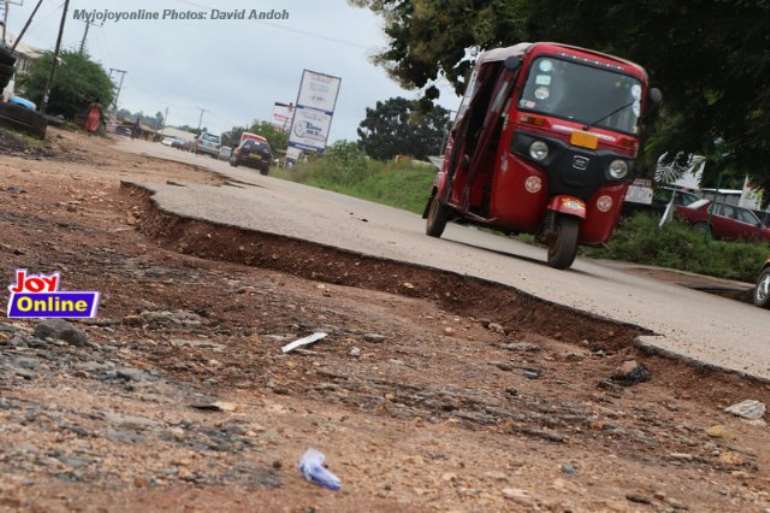 A journey from Tutuka to Kwabenakwa and Brahabebome which normally lasts 10 minutes now takes about 40 minutes due to the deplorable state of the roads. The whole municipality has no proper drainage which causes flooding any time it rains.

The Obuasi East District created out of the Municipality, has its equal share of the problems. In an environment where drains are alien, main streams like Kwabrafo, Pompo and Akapori flow through compounds with an offensive odour, polluted from unhygienic practices such as waste dumping. 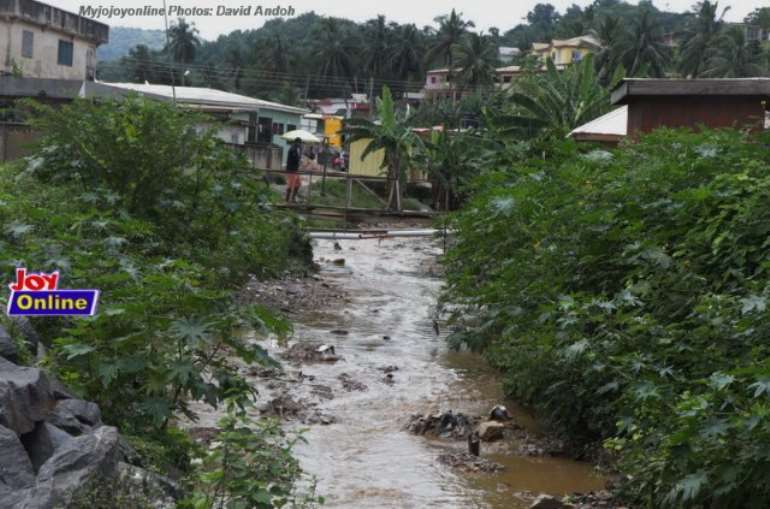 A trotro driver Adjei Paul, who plies the Obuasi to Kwabenakwa road, virtually mourned how his daily sales end up with garage operators as a result of the poor nature of the roads. His vehicle is a daily patient at these fitting shops.

“Three times a week”, he said, indicating how often he requires some fitting job done. He recalled a sad incident where a heavily pregnant woman went into induced labour and gave birth in a vehicle owing to the poor nature of the road. 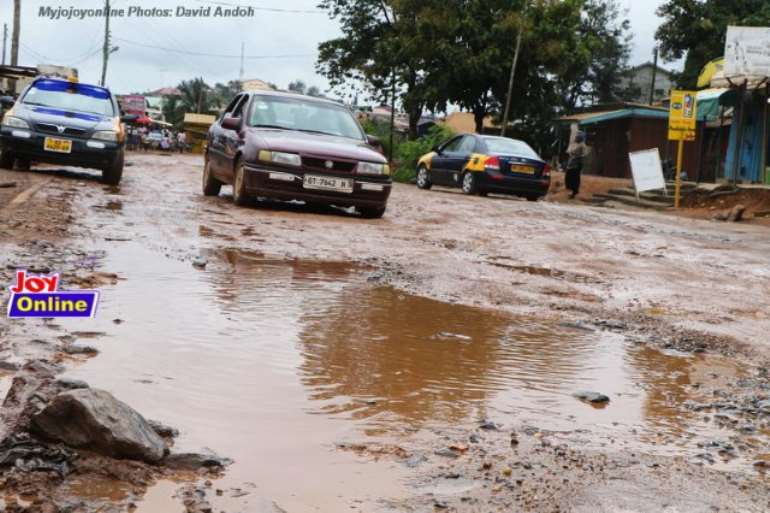 According to Paul, commercial drivers and youth groups planned a massive demonstration but the municipal assembly held a meeting with the leadership to plead with them to suspend it, promising a solution that is yet to see light.

Paul Adjei vowed the “demo” will surely come to pass as long as the roads are not fixed.

For him, political and opinion leaders in the area are to blame for the current state of the town, explaining that if they had taken the bold step required to tackle issue, the situation would have improved. 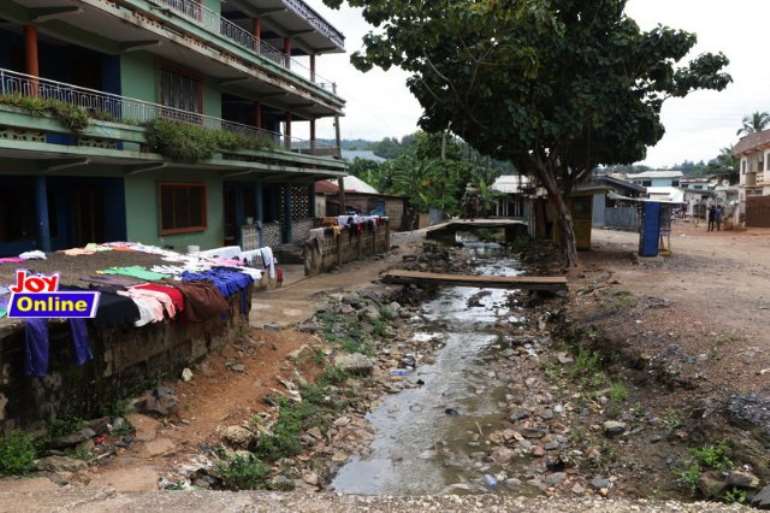 Madam Akosua Osei, a resident at Kwabrafoso appealed to chiefs, DCEs and management of Anglogold to come together to find a lasting solution to the problems facing the town.

She said the lack of drains forces some school children to abandon classes any time there is a heavy downpour in the metropolis.

Assemblyman for Kunka Electoral Area, Stephen Osei told Myjoyonline.com that he had previously suggested to the Municipal Assembly to set up a central committee purposely to manage the royalties the assembly receives from Anglogold.

This is to help identify priority development needs for them to be addressed. He partly blamed Obuasi’s challenges on Assembly’s inability to mobilize funds to embark on massive projects in the metropolis.

Luckily, he said, the Assembly has secured some financial support from the European Union, part of which will be used to tackle the key problems.

For him the assembly needs no less than 10 years to fix the infrastructure challenges facing Obuasi and its environs.

And the Kunka assemblyman wants all key stakeholders such as chiefs, religious and opinion leaders to join in contributing ideas to make Obuasi a better place to live.

Faustina Amissah, District Chief Executive of the Obuasi East admits the solutions to the problems are not as simple as people point out, explaining that chieftaincy disagreements have been a major contributory factor. 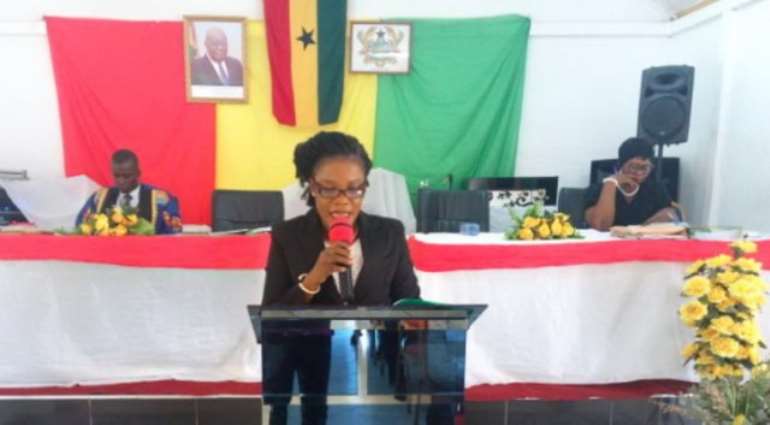 She said the Obuasi mine falls under Adansiman which has four traditional areas, all beneficiaries of the royalties paid by Anglogold, but the lack of a chief to represent the people has made it difficult to initiate development.

Madam Faustina Amissah appealed to residents to be patient as the Obuasi Municipal Chief Executive and all DCEs and MPs will soon call on Asantehene Otumfuo Osei Tutu II to discuss with him how the chiefs and assemblies can unite to properly fix Obuasi and its environs.

Asked how she felt about Goldfields Ghana’s construction of a 47-kilometre asphalt highway for the people of Tarkwa while virtually all roads in the Anglogold catchment area are in deplorable states, Madam Faustina Amissah disclosed that Anglogold has offered to construct a 10 kilometre road in the metropolis, adding that the global mining giant has shown great commitment towards the development of the area. 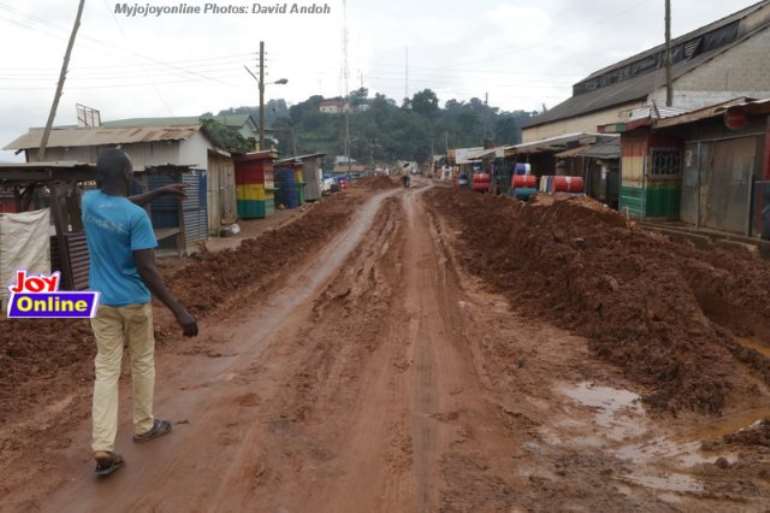