9 Arrested In Bolga For Prampram Robbery

Speaking to Citi News, the Upper East Regional Police Commander, DCOP Vincent Redeemer, said the suspects went into hiding after a robbery in Prampram on November 20, 2017.

Muntaka Mohammed, during police interrogations, confessed that the three Nigerians were his accomplices in the robbery. 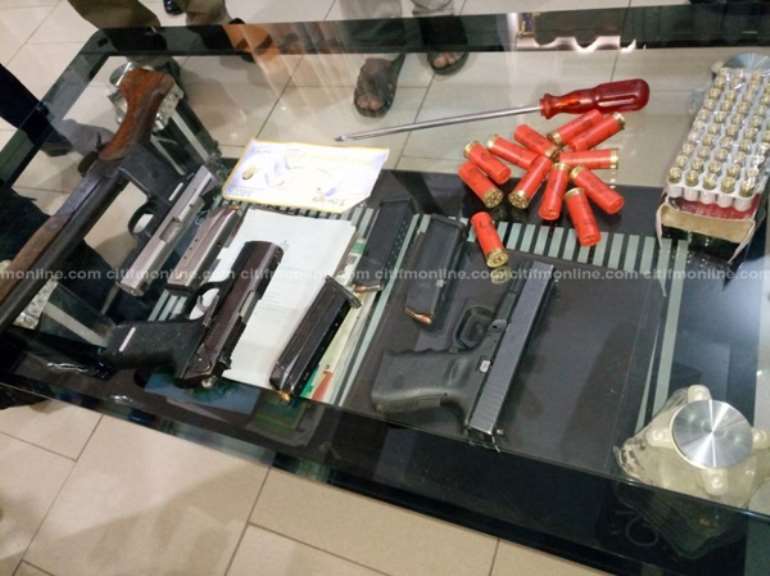 All the items, except the guns, were stolen from victims during the robbery at Prampram, according to police.

Mutaka Mohammed again told police that his three gangmembers asked him to bring weapons to enable them rob a gold businessman at the Gbani mining site in the Talensi District of the Upper East Region.

Ashaiman robbery arrest
In another development, a wanted armed robber, Aduku Wahabu Awinitit, involved in series of robberies in Ashaiman and its environs, was also nabbed in a hotel at Binaba in the Bawku West District.

DCOP Vincent Redeemer said the suspect is currently assisting police investigations and will be transferred to Prampram and Ashaiman in the Greater Accra Region for prosecution.