Nine persons have been confirmed dead with twenty [20] others injured in an accident that occurred at Teacher Mante, near Nsawam in the Eastern Region.

The accident occurred when A VIP bus heading towards Accra with registration number GE 2393 10, and a cargo truck, registered GT 1327 10, heading towards Kumasi, collided head-on.

The accident, which happened around 4:30 pm today [Thursday], had a one and half year old child among the dead.

Speaking to Citi News, the Kraboa-Coaltar District Police Commander, DSP Charles Ahiamale, who confirmed the incident, said they could not immediately confirm the number of persons in the two cars.

Read This : Police Arrest 5 Over Shooting Of Lapaz Policeman

“It happened this evening about 4:30pm, nine confirmed dead, including one and half year old child, about twenty[20] are at the hospital, we cleared the road, the drivers are also included in the injury, ”he said. 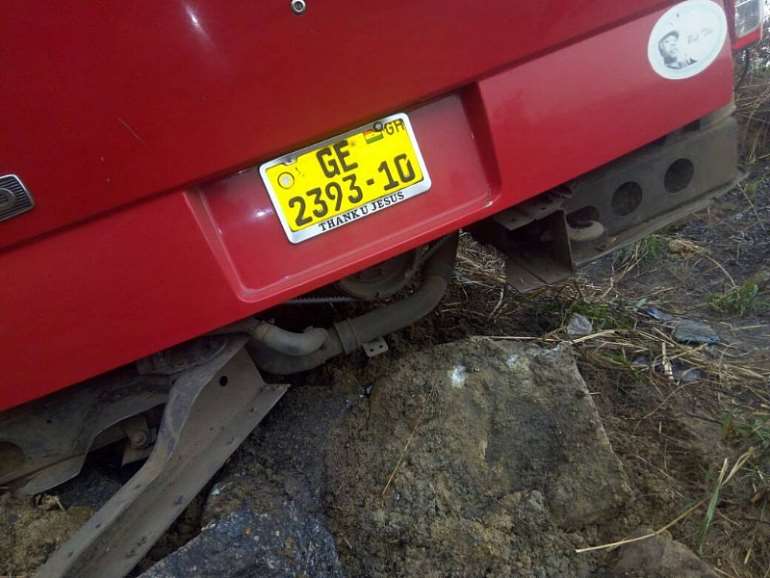 DSP Charles Ahiamale, said he could not immediately explain how the accident occurred. 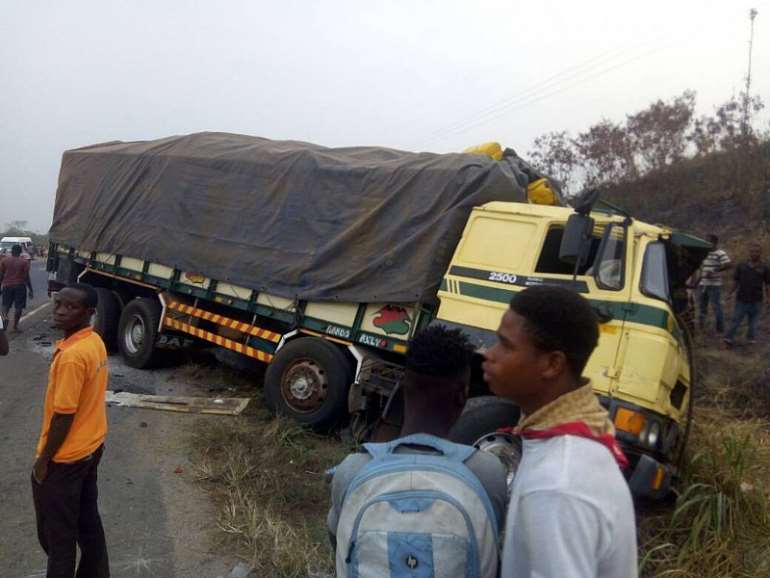 Out of the figure, 3,983 persons sustained various degrees of injury, with 1,199 pedestrian knockdowns involving 6,468 vehicles and 1,289 motorbikes.

David Osafo Adonteng, the Director of Planning and Programming at the NRSC, disclosed this at a media briefing at the 2017 West Africa Road Safety Organisation Day, and the Fourth United Nations Global Road Safety Week in Accra.

According to the Commission, it has identified over-speeding as a major cause of accidents in the country, being responsible for over 60% of them.