The Accra police has warned leaders of the planned ‘Kum Yen Preko’ demonstration to stick to the routes earmarked for the protest and further stay within the confines of the law.

Protestors are scheduled to walk through some principal streets of Accra after which an address will be made by the leadership of the team.

The statement from the Accra police, however, has assured the public that the protests will be peaceful.

The statement signed by Head of Police Public Affairs, Afia Tenge, said police will ensure that “routes earmarked for the event and take necessary steps to ensure the security of all demonstrators as well as maintaining law and order for the entire period and beyond.”

The protest march is expected to draw huge numbers of the opposition National Democratic Congress (NDC) which is a key stakeholder in the action.

The party has issued a statement calling on its members and patriotic Ghanaians to join the demonstration.

Meanwhile, some interests groups that had promised to join the protest march have since rescinded that decision.

Read the full statement by the police below. 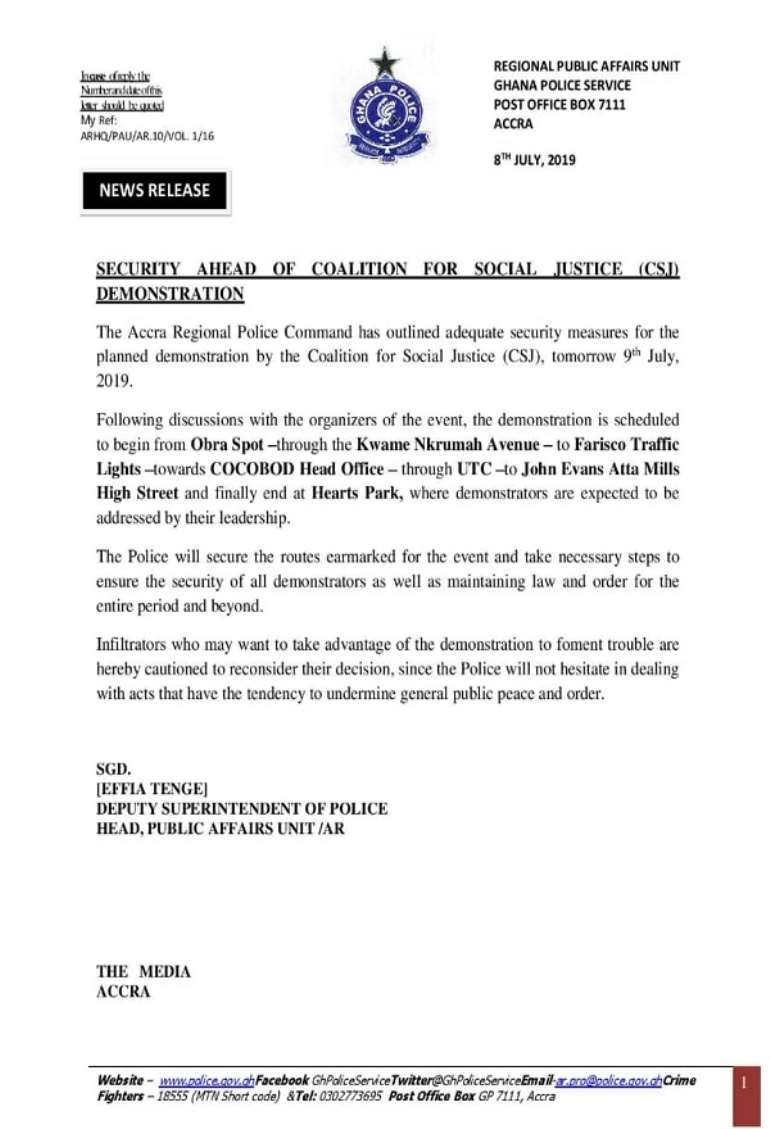