Asante Kotoko contingent have arrived safely in Congo ahead of CARA Club clash on Wednesday in the second leg tie of the CAF Confederation Cup.

The Porcupine Warriors left the shores of Ghana on Monday morning, however, the Kumasi giants touched down in Congo at exactly 7:17pm.

Dogboe, Magdaleno in social media war ahead of April 28 clash

Kotoko won the first leg against the Congolese fortnight ago thanks to Yakubu Mohammed’s solitary strike. 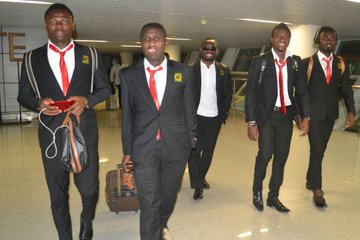 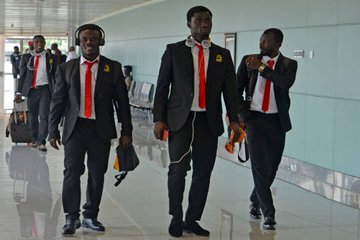 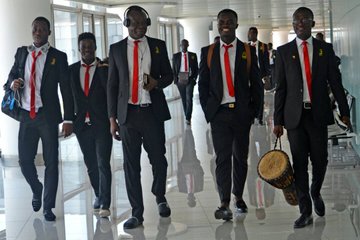 They were met at the airport by the Ghana Ambassador His Excellency Attah Boafo.

The players & officials have checked into their rooms in the exquisite Olympic Palace Hotel 10 minutes drive from the airport.

I Expect Wakaso To Make A Difference In Ghana vs Sudan Game – C.K Akonnor

Sudan 1 – 0 Ghana: Falcons of Jedaine leave it late to stun…