Police Shot And Abandoned Victim To Suffer With Bullet

A 21-year-old man, Jonathan Odai Laryea has been left to fight for his life after he was shot in the leg by a police officer on suspicion that he was a criminal.

The bullet is still in right leg of the victim two weeks after the incident occurred. Odai Laryea is struggling to raise money for an operation to remove the bullet and the police administration is unwilling to foot the bill.

The victim was on his way to buy food on the fateful night the incident occurred. He has since been left to his fate.

Narrating what happened, the young man, an attendant at a car washing bay at Pokuase in the Ga West Municipality of Accra, told Myjoyonline.com two men ordered him to come but because he did not know who they were, he disregarded the call out of fear. The two men were not in uniform, he said. 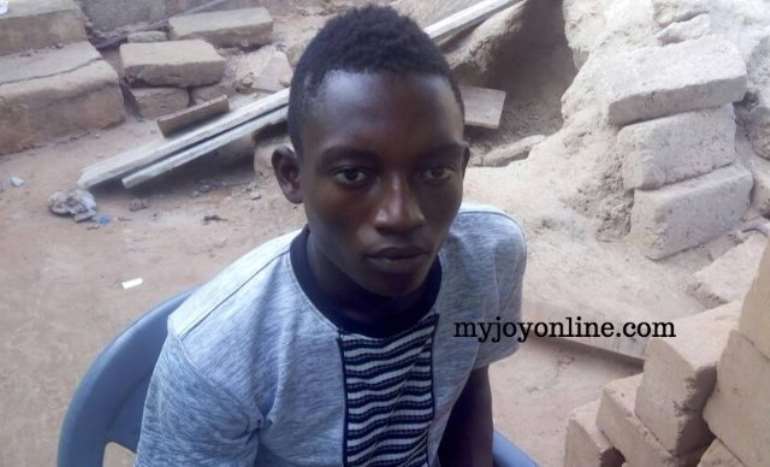 He added he was scared because it was after 9:00 pm and activities of armed robbers had become rampant in the area at the time.

“I returned immediately [in an attempt] to go home but suddenly I was on the ground,” Jonathan narrated, adding when he attempted to rise to his feet he realized his right leg could not move.

He said he heard the two men, later to be identified as officers, fire warning shots in an attempt to stop another passerby but he escaped. 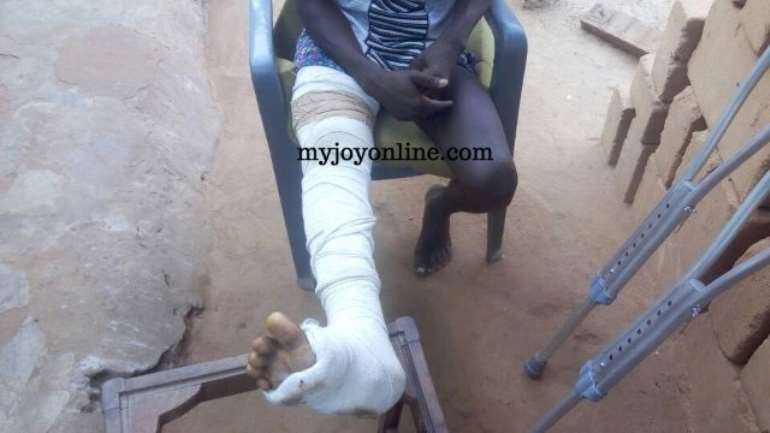 One of the officers reportedly phoned a friend by name Victor and told him to bring the patrol vehicle because they had arrested the suspect.

The incident happened around the same time the police were hunting down the criminals who staged the Kwabenya jailbreak that led to the death of the duty officer, Inspector Emmanuel Ashilevi.

According to the victim, the police officers ransacked his pocket in search of weapon but they did not find anything on him save GHS9, which they took away, Jonathan said. 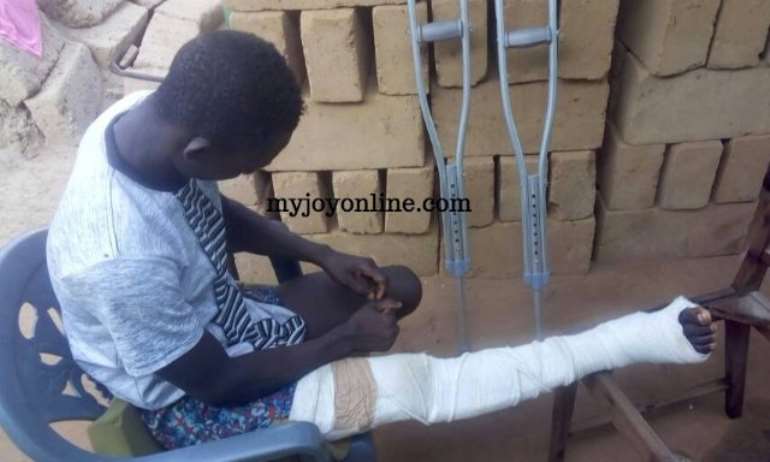 He said when he was taken to the Police Hospital in Accra, he was chained to his bed as if he were a criminal.

“A policeman came [to the hospital] said I was the one who killed the Kwabenya police officer and I denied it,” Jonathan said.

Odai Laryea was in the hospital for more than a week before his family was contacted through Facebook. But there was no attempt to remove the bullet from his leg.

“On February 12, someone sent me a message through Facebook that Jonathan Odai has been shot and was at the hospital,” an aunt of the boy, Lydia Odai said.

She added when they went to the hospital, they were immediately confronted by the doctors there to pay for Jonathan’s medical bills reportedly quoted as GHS300.

They were also asked to make the amount of GHS5,000 available for an operation to be conducted on the boy to remove the bullet. 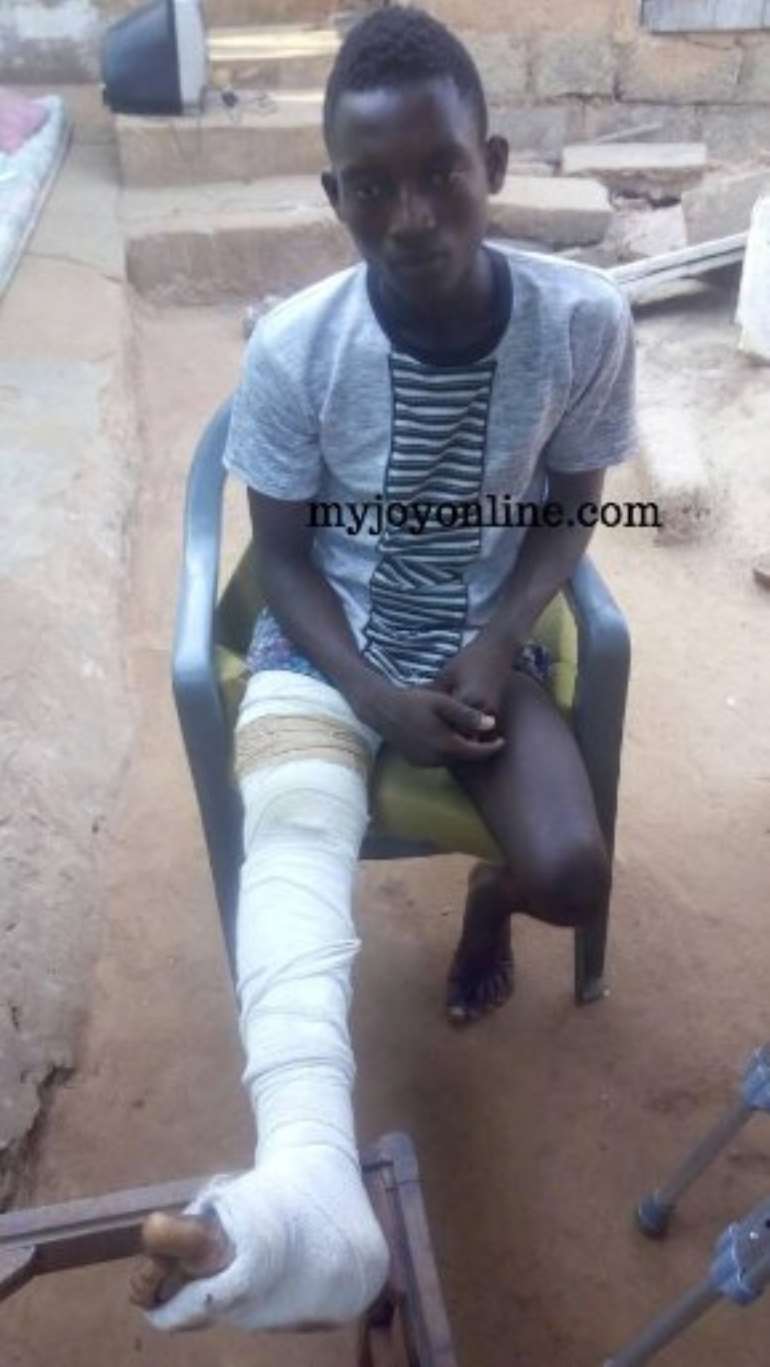 Jonathan’s mother Naa Aforkor Otu, a trader, told Myjoyonline.com she was able to borrow GHS240 from friends and offered same to the doctors for her son’s bills, which they gladly took.

“The doctors said they will not give us clearance and that their services are cheaper and better than the other hospitals,” Lydia Odai added.

The police have confirmed the incident but said they are investigating the matter, adding the outcome will determine their next action.